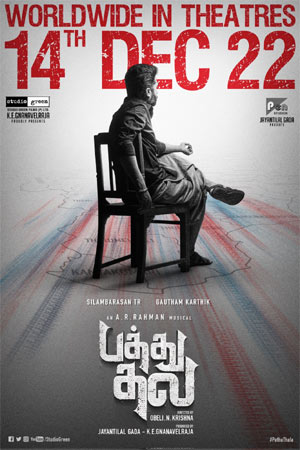 Tamil crazy hero Simbu has made a terrific comeback with his latest outing Maanaadu. Simbu was applauded for his performance in this science-fiction thriller and it became the highest grosser in his career.

A few days back, the makers of Maha released an update that the film will release on 22nd July. Simbu did a cameo in this film. After that, the team of Vendhu Thanindhathu Kaadu shared an update about the film’s release on 15th September.

Today, marking the birthday of producer Gnanavel Raja, the makers of Pathu Thala took to social media and gave an update that the film would release on 14th December. A poster was released to announce the same.

The Manmadhan actor will be seen on the big screen 3 times this year. These back to back updates from Simbu for sure will make his fans happy.