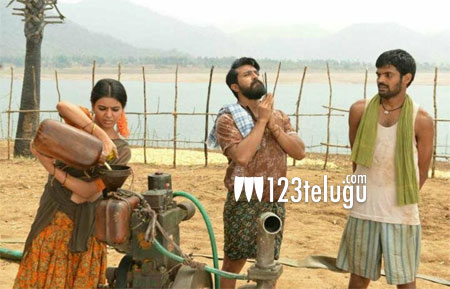 It Samantha’s turn this time to floor her fans with her simple, village belle demeanor. The working still showcases Sam in a de-glam avatar, clad in langa-voni, the typical village attire.

Incidentally, Samantha will also be seen in a village girl’s role in her upcoming Tamil film starring Sivakarthikeyan. It’s going to be a double treat for Samantha’s fans next summer.