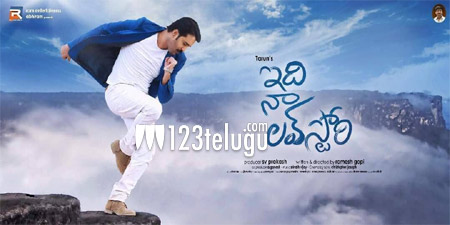 Hero Tarun, who’s fondly called as Lover Boy by his fans, is eagerly awaiting the release of his upcoming film, Idi Naa Love Story. The film is gearing up for release on February 14. Kollywood sensation Oviya Helen is going to make her Tollywood debut with the film.

The latest update is that Idi Naa Love Story has completed its censor formalities and received a UA certificate from the CBFC. Apparently, the censor board officials have appreciated the makers for making a feel good romantic entertainer.

Idi Naa Love Story is helmed by the directors duo, Ramesh and Gopi. SV Prakash has produced the film under Ram Entertainments Banner, while Abhiram presents it.