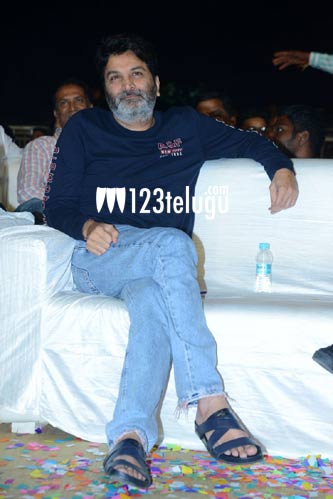 Director Trivikram was the special guest at the pre-release event of Nithiin and Rashmika’s soon-to-release romantic entertainer, Bheeshma. Speaking at the event, Trivikram was all praise for the film and congratulated the entire team.

“I have already seen Bheeshma and it’s very good. I appreciate the way director Venky Kudumula has designed a fight sequence. Even Mahati’s music, the dances composed by Jani and Sekhar are quite good. I wish Rashmika yet another success after Sarileru Neekevvaru. Coming to Nithiin, all I can say is, congratulations on behalf of his brother Pawan Kalyan and his fans,” Trivikram said.

Produced by Naga Vamsi and co-presented by PDV Prasad, Bheeshma is hitting screens on February 21.