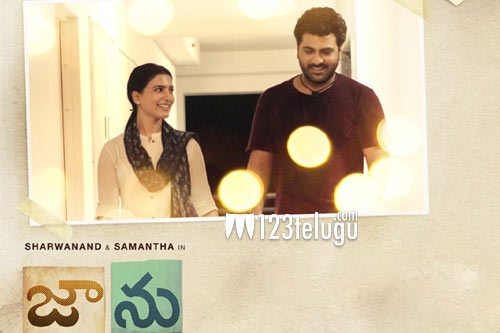 It is a known fact that Samantha is doing the remake of the hit Tamil film 96 with Sharwa. Titled Jaanu, the film is complete and the trailer will be out today.

There is a lot of curiosity among the audience as to how Samantha will pull of Trisha’s role in the film. The teasers showcased her in a decent manner but the trailer will really showcase how she has portrayed the role.

So, all eyes will be on Samantha and Sharwa as to how their chemistry will be on screen. If this part clicks in the trailer, the film will have a superb buzz among the fans.

Prem Kumar directs this film which has music by Govind Vasantha. Dil Raju is the producer and the movie releases this 7th of February.