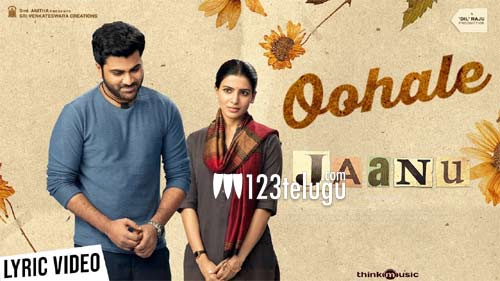 The makers of Samantha and Sharwanand’s Jaanu, the Telugu remake of the acclaimed Tamil romantic drama 96, today unveiled the second single from the film’s audio album. Titled Oohale, the song is the Telugu version of 96’s Kaathale Kaathale, the song that became a love anthem down south in 2018.

Oohale starts off interestingly, with Chinmayi acing the Piya Mor Balma bit. The song then goes on to bring back the Kaathale Kaathale memories with both Chinmayi and Govind Vasantha recreating their magic through Shree Mani’s lyrics.

Premkumar of 96 fame is directing Jaanu and Dil Raju is producing it. The film will be released in February.