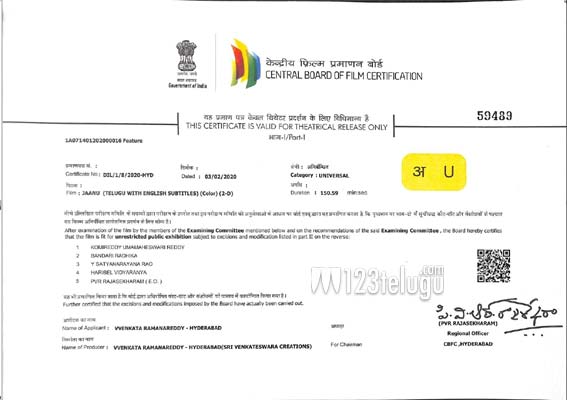 Sharwanand and Samantha are starring in the Telugu remake of the superhit Tamil romantic drama, ’96. Titled Jaanu in Telugu, the film is gearing up for a February 7th release.

Meanwhile, the latest news is that the film’s runtime is locked for 2 hours 30 minutes. The film cleared the censor with a clean U certificate. Produced by Dil Raju, Jaanu has Bigil fame Varsha Bollamma in a key role.

Prem Kumar, who directed the original version is the director for Jaanu. Govinda Vasantha is the music composer.