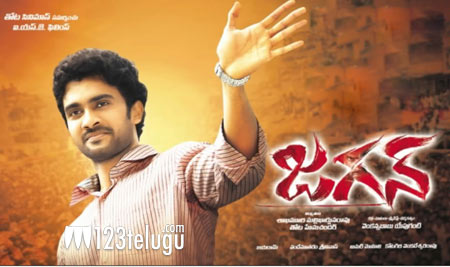 Mahesh Babu’s cousin, Shiva is all set to make his debut in Telugu cinema with the film ‘Jagan’. The movie was supposed to hit the screens today but the film has been postponed due to financial issues. A new date may be announced today. Venkanna Babu is directing the film and Mallikarjuna Rao and Thota Hemasundar are the producers.

Shruti Reddy and Sanajjanaa will be seen as the female leads. Amar Mohile is composing the music. The movie has a few posters that show the hero in poses resembling the mannerisms of Y.S.Jagan.