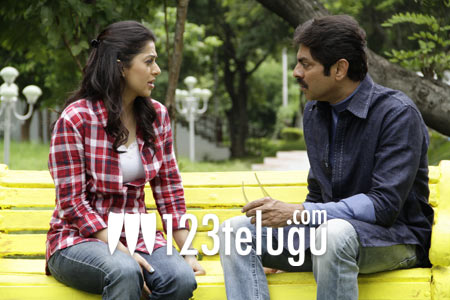 Veteran actors Jagapathy Babu and Bhoomika are participating in a song shoot in Filmnagar for the film ‘April Fool’. The movie is jointly being produced by G.L.Srinivas and Seema Azharuddin. Krishnaswamy Srikanth Iyengar is the director.

Talkie part has already been completed and only two more songs remain to be shot. The production team says that shooting will be wrapped up by the end of the month. Tanikella Rajendra Prasad is handling the camera while Bunty is scoring the music.

‘April Fool’ is being positioned as a comedy entertainer and Bhumika will be seen on screen after a long gap.