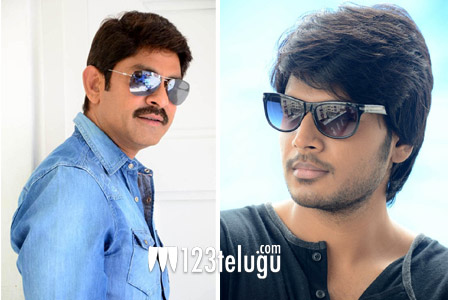 Over the past few years, Jagapathi Babu has become quite choosy about his work in Telugu cinema and he has been doing a select few character roles. This year, he’ll soon be seen in a powerful villain’s role in Balakrishna’s upcoming film Legend and the latest news is that he’s going to join the cast of Rara Krishnaaiah.

Sundeep Kishan and Regina are playing the lead roles in this film and Jagapathi Babu will be playing the role of Sundeep Kishan’s elder brother. Vamsikrishna Srinivas, who’s producing the film, said, “In the past, Jagapathi Babu had played Gopichand’s elder brother in Lakshyam and after a long time, he’s playing this kind of role in Rara Krishnaaiah. His performance is going to be one of the highlights in the film. After the success of Venkatadri Express, we are aware of the expectations on Sundeep Kishan and we are confident that this film will not disappoint anyone.”

Mahesh is making his debut as a director with this film. Currently, the film is being shot in Hyderabad and the film is expected to release later this year. Achu has scored the music.