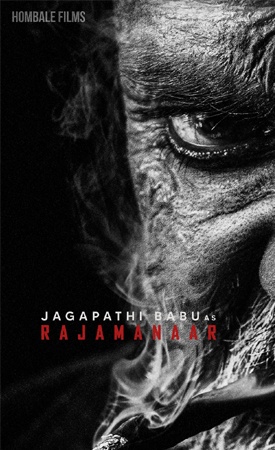 It is a known fact that rebel star is doing a film called Salaar. A fresh schedule of the film is now on in Hyderabad’s Ramoji Film city.

The makers today surprised one and all by revealing the first look of Jagapathi Babu from the film. The star actor plays Rajamannar in the film and looks lethal.

A lot of prosthetic makeup has been used on JB and he looks menacing. These updates from the team have once again put the film on top. Salaar is directed by Prashanth Neel and has Shruthi Haasan as the lead.