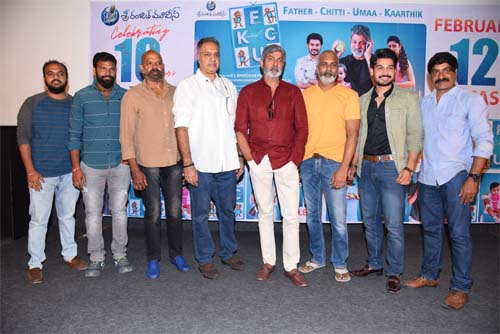 It’s been earlier reported that star character artiste Jagapathi Babu will soon be seen in a lead role in a unique film, titled FCUK (Father Chitti Umaa Karthik). In a latest press meet, FCUK’s team has announced that the film will be hitting screens on February 12.

Speaking at the press meet, Jagapathi Babu said that FCUK is a complete family entertainer and hoped that the film will become a big hit. He appreciated the film’s producer Damu, director Vidyasagar Raju, lead actors Ram Karthik and Ammu Abhirami and the entire cast and crew for bringing up a unique entertainer. Baby Sahashritha also plays a crucial lead role in the movie.