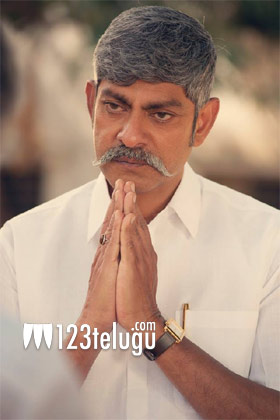 Jagapathi Babu looks graceful and composed as YS Raja Reddy in the character poster. The actor sports a salt and pepper hair, bringing authenticity to his role. Raja Reddy was assassinated by his arch rivals in a bomb attack in the year 1998.

Mollywood stalwart Mammootty is reprising YSR’s role in Yatra. The film is slated for a grand worldwide release on February 8. Mahi V Raghav is directing this prestigious biopic and Vijay Chilla and Shashi Devireddy are jointly producing it under 70mm Entertainments banner.