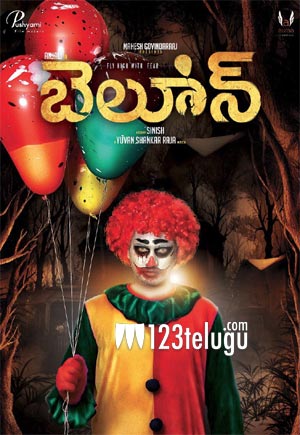 Journey pair Jai and Anjali’s Tamil-Telugu bilingual horror-comedy, Balloon, created a decent buzz with its teaser and promotional stills. The film was supposed to release on September 27th. However, the makers had to postpone the movie due to Mahesh-Murugadoss’ Spyder.

As per the latest updates, Balloon will be hitting the screens on December 29 as a New Year special. Balloon has young hero Raj Tarun in a special role. The film has been directed by Sinish and it also has Tamil starlet Janani Iyer in a key role. Yuvan Shankar Raja is the film’s music composer. Bellam Ramakrishna Redd has produced the movie.