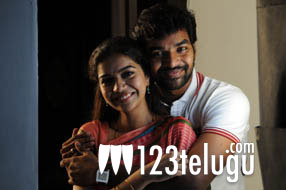 Jai (Journey fame) and ‘Colours’ Swathi will be seen in the Telugu dubbed version of the Tamil film ‘Kanimozhi’. The Telugu version has been titled ‘Preminchava Nannu’. Shazahn Padamsee is the other heroine in this movie. Producer of the Telugu version, Jakkula Nageswara Rao, has said that the movie will be released in the second half of January. Jai has already won a lot of praise for his role in another dubbed film ‘Journey’. Colours Swathi needs no introduction as she is already quite famous among Telugu people.

Sripathi Rangaswamy has directed this movie and Satish Chakravarthy is the music director. The producer says that the movie is a big budget flick and Tamil and he is confident of its success here.