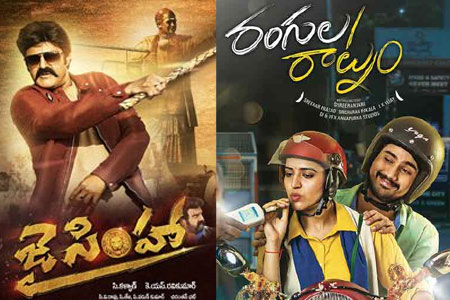 Nandamuri Balakrishna’s Jai Simha released on January 12 and turned out to be the winner among the recent Sankranthi releases. On the other hand, young hero Raj Tarun’s Rangula Ratnam, produced by Nagarjuna, released on January 14 and is having a modest run at the box-office.

While Jai Simha largely catered to the mass movie lovers in B, C centres and family audiences, Rangula Ratnam found some patronage among the young urban crowds.