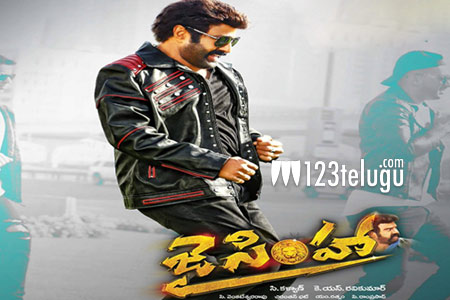 The entire shooting formalities of this film were wrapped up recently and currently, the post-production work is going on in full swing. On the other side, the makers are planning to organize a grand audio release event on December 24th at Siddhartha Public School in Vijayawada.

Nayanthara, Kannada actress Hariprriya and Malayali starlet Natasha Doshi will be seen as the leading ladies in this film. Directed by Tamil director KS Ravi Kumar, Jai Simha is produced by C. Kalyan. Chirantan Bhatt has composed music for this film, which is scheduled for a January 12th release.