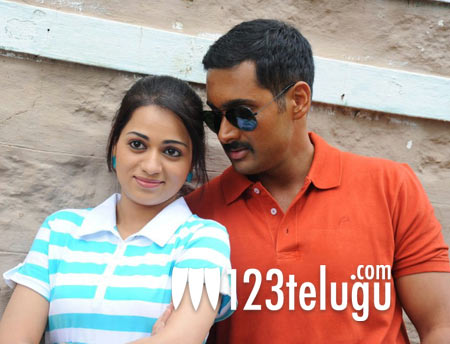 After a long gap, Uday Kiran is making a comeback with a cop drama titled Jai Sriram. Balaji N Sai has directed the film and it has been produced by Thella Ramesh and NCH Rajesh under Five Star Entertainment banner. Reshma is the lead actress in the film. Talking about Jai Sriram, the director said, “You’ll see a new Uday Kiran in this film and after a long time he has done a mass entertainer. We have received very good feedback for the songs and also Uday Kiran’s new look as a police officer has impressed quite a lot of people. For the film’s climax fight alone we spent nearly 40 lakhs and several Russian fighters were roped in for that fight as per the demand of the script. We are confident that the film will do well at box office.” The film is going to release on April 11 as a Ugadi special.