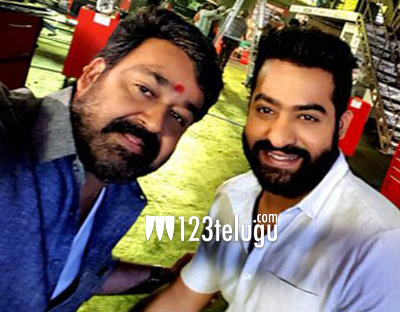 A new schedule of Young Tiger NTR’s ‘Janatha Garage’ has commenced and shooting is going on in the outskirts of Hyderabad. All the lead actors are participating in the shoot and shooting will go on in this location for a few more days.

The film’s shoot is going on at a fast pace and the team is targeting an August 12th release for the movie. Devi Sri Prasad is composing the tunes for the movie. The film is being directed by Koratala Shiva.

Janatha Garage has some high voltage drama scenes as well as action and Mohanlal will be seen as NTR’s uncle in the movie. Samantha and Nithya Menen are the heroines.