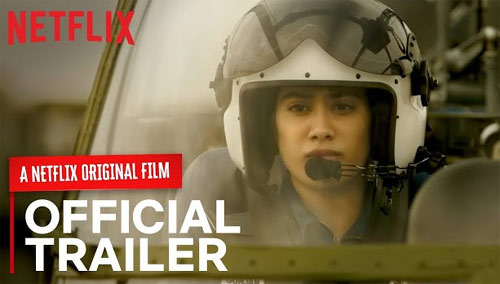 The theatrical trailer for Bollywood actress Janhvi Kapoor’s upcoming Netflix original film, Gunjan Saxena: The Kargil Girl, has been released just a while ago. The film is inspired by Shaurya Chakra awardee Gunjan Saxena, an Indian Air Force pilot who was the first Indian female airforce pilot in combat.

Gunjan Saxena: The Kargil Girl showcases how a girl fulfills her childhood dream to become a pilot against all odds. Her heroics and bravery in the 1999 Kargil War are still lauded by the forces. The film is slated to release on August 12, as an Independence Day treat.