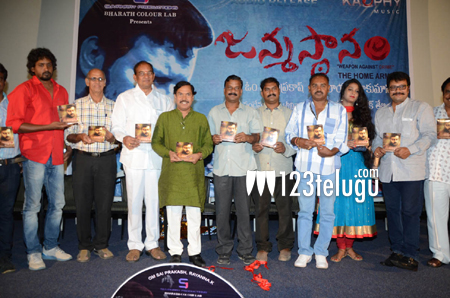 Veteran actor Sai Kumar will be seen in powerful role in Janmsthanam. The audio of the film was released yesterday. Vandemaataram composed music for this film and Om Sai Prakash is the director.

Based on the current social issues in the society, this film has been made. Sai Kumar will once again be seen in a powerful role which will be the highlight of the film. This film is a bilingual, and will release simultaneously in Telugu and Kannada.