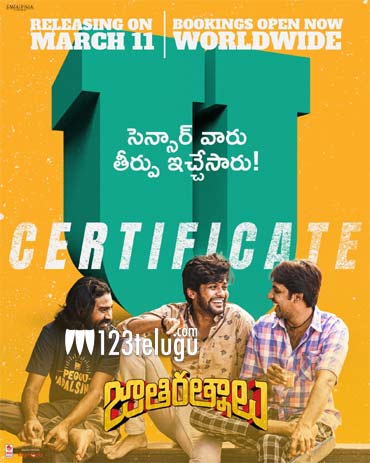 Jathi Rathnalu is a film that has caught the imagination of many. The film directed by Anudeep is being promoted in a big way for quite some time now.

The film has wrapped up its censor with a clean ‘U’ certificate and the film is ready for a release on the 11th of this month. Sources close to us who have watched the film say that the film is going to be hilarious and everyone will just love the clean comedy that has been executed.

Naveen Polishetty, Priyadarshi, Rahul Ramakrishna, and Faria Abdullah play lead roles in this film that has Nag Ashwin as the producer for the first time. This film is a full-on satirical comedy with an emotional twist.