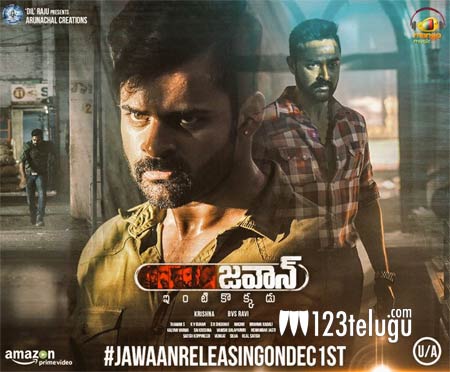 Sai Dharma Tej’s forthcoming social drama, Jawaan is scheduled for a December 1st release. The film’s theatrical trailer which was released earlier today is getting a positive feedback on social media.

Meanwhile, the film has gone to censor clearance a while ago and got U/A certificate with zero cuts. The runtime of the film is locked as 2 hours 14 minutes and has happening beauty Mehreen as the female lead.

Directed by BVS Ravi, the film is produced by Krishna under his Arunachal Creations banner. SS Thaman has composed the film’s music.