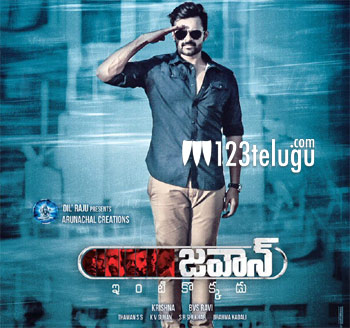 Sai Dharam Tej is one talented actor who rose to stardom within no time. The star hero who started his career on a very positive note is slightly dull with the failure of his last few films.

Losing no hope he is back with a new film called Jawaan. Though the film has been in the making for quite some time now, it has finally got its release date locked this Friday.

There is a decent buzz for this film and its success is quite crucial for Tej as it will bring him back in the game once again. Tej also has pinned a lot of hopes on the film which is an interesting commercial entertainer.

Dil Raju is the film’s presenter and he has made sure that the film will surely impress the audience. BVS Ravi directs this film which has Mehreen and Prasanna as the other main leads.