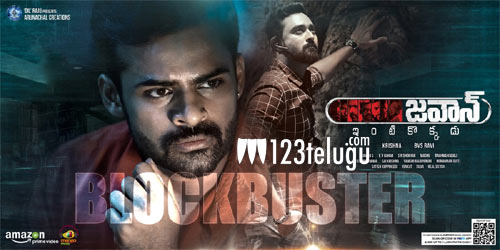 Mega hero Sai Dharam Tej’s latest outing, Jawaan, released on last Friday and is running in theaters with decent collections. The film has managed to collect close to 3 crores on its first day in AP and Nizam.

Directed by BVS Ravi, the film has Mehreen as the female lead. Dil Raju presented Jawaan and Krishna has produced it under his Arunachal Creations banner.