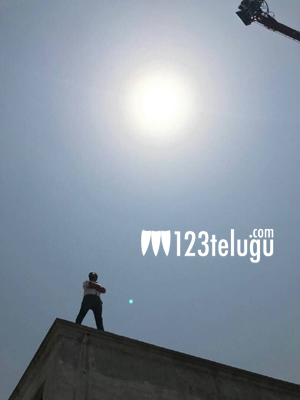 The shooting of Sai Dharam Tej’s Jawan is going on a brisk pace in Hyderabad. Today, some tough outdoor scenes were shot which featuring the main lead Sai Dharam Tej.

The entire unit appreciated the young hero for shooting long hours under the hot sun. Seen here in the above picture is Tej shooting or a scene in the old city. Tamil actor Prasanna plays a key role in this film which is directed by B V S Ravi.

Based on a family drama, Tej will be seen in the titular role.