Thalaivi, the much-talked-about biopic on legendary yesteryear Tamil actress Jayalalithaa, was supposed to hit screens this summer. However, the makers today revealed that the film’z release has been postponed indefinitely due to the rising number of COVID-19 cases in India. The new release date will be announced soon.

Thalaivi has Kollywood star Aravind Swami and Bollywood actress Kangana Ranaut plays the titular in this AL Vijay directorial. The film’s striking theatrical trailer was launched recently to a decent response. Vishnu Induri and Shaailesh R Singh have produced the movie. Stay tuned for further updates on this period drama. 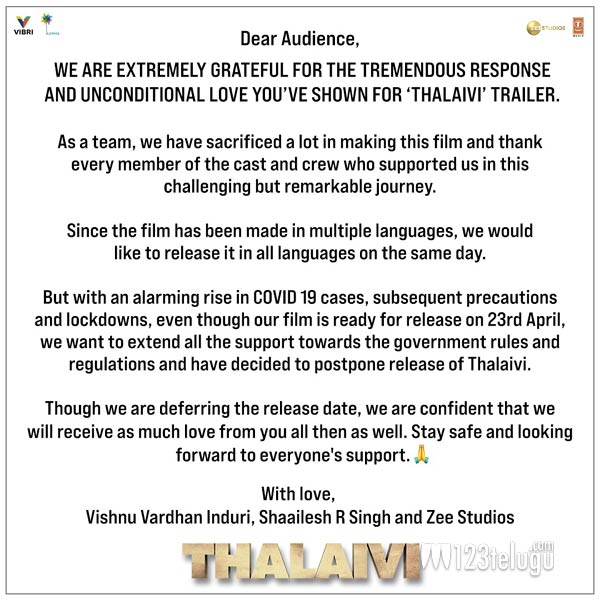