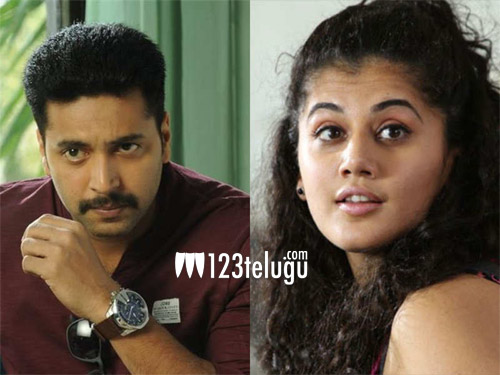 Post the success of Comali, Jayam Ravi has kick-started his upcoming film in Baku, Azerbaijan. Touted to be a spy thriller, the film has Ravi playing an army officer and his co-star Taapsee will be reportedly seen as a secret agent. Ahmed is directing the film.

In the past few years, Taapsee has built quite a reputation for herself for choosing hard-hitting roles in films like Game Over, Naam Shabana, and Baby. With this untitled Tamil film, she is pushing the bar higher in terms of what people expect from her even in Telugu or Tamil. Ramachandra Raju, who played Garuda in KGF, will also be seen in a key role in this film.

For Jayam Ravi, the film couldn’t have come at a better time when his stardom is on the rise with films like Thani Oruvan, and now Comali turning him into a big star.