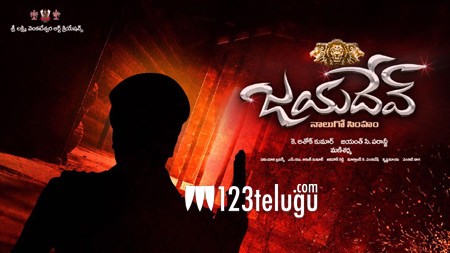 Jayanth C Paranji’s upcoming film, starring Ghanta Ravi, has been titled as Jayadev. The film is an action drama and Ghanta Ravi will be playing the role of a police officer. Most part of the film’s shooting has been wrapped up and it’s gearing up for release later this year.

The film has been in the making since December last year and it has been extensively shot in and around Hyderabad. Ghanti Ravi and Malavika have played the lead roles in the film and the story is said to be inspired from the lives of several real police officers. The team will soon fly to Switzerland to shoot a song.

Mani Sharma has composed the music. More details are awaited.