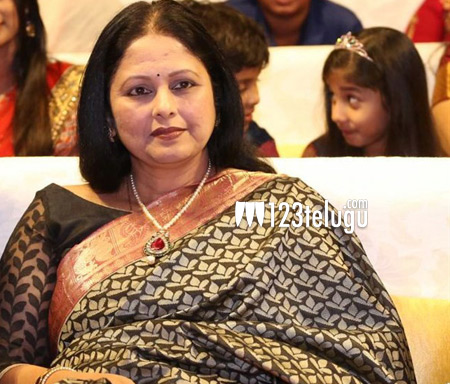 Sahaja Nati, Jayasudha is always a key member in Dil Raju films. Once again, she played an important role in Shatamanam Bhavati. The response to her role has been amazing and the legendary actress is over the moon for the appreciation that she is getting.

Speaking in an interview, she said that she is overwhelmed with the way the audience have appreciated her efforts and thanked Dil Raju for giving her such an important character in the film.

Jayasudha also said that she has received this kind of appreciation after a long time and such good things said will only make her perform better in the coming days.