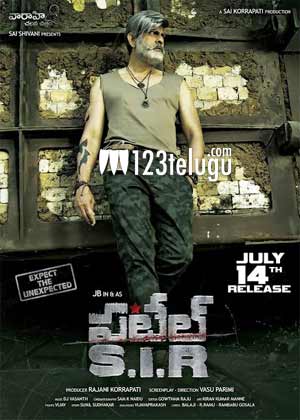 Senior hero and star character artiste Jagapathi Babu’s upcoming film, Patel SIR, is making a huge splash on social media of late. Jagapathi Babu’s rugged and stylish image makeover got everyone talking ever since the film’s teaser and posters were out.

As per the latest update, Patel SIR is gearing up for its release on July 14. The film is an intense action entertainer and it stars Tamil actress Padmapriya and Appatlo Okadundevadu actress Tanya Hope in prominent roles.

Patel SIR is produced by noted filmmaker Sai Korrapati. Debutant Vasu Parimi is the director and DJ Vasanth is the music composer.