Jeevitha worked hard than any other for Shekar – Rajashekar
Published on May 18, 2022 2:10 am IST 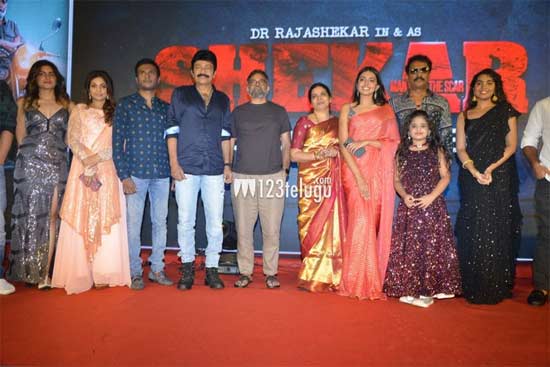 Tollywood actor Rajashekar will be seen next in Shekar. Directed by his wife Jeevitha Rajashekar, the movie is up for a grand release on May 20, 2022. The movie’s pre-release event happened tonight in Hyderabad. Ace director Sukumar graced the event as the chief guest.

During the event, RajaShekar turned emotional and said that he acted in this film after coming from the deathbed. Jeevitha took care of everything from start to the end and she worked hard more than any other in the team, noted the Angry Star.

He thanked Sukumar for gracing the event. He mentioned that Anup Rubens is the life of the movie. Later, he thanked the heroines and the rest of the cast and crew for working hard for this movie. He requested everyone to watch the movie in theaters first and later on OTT.