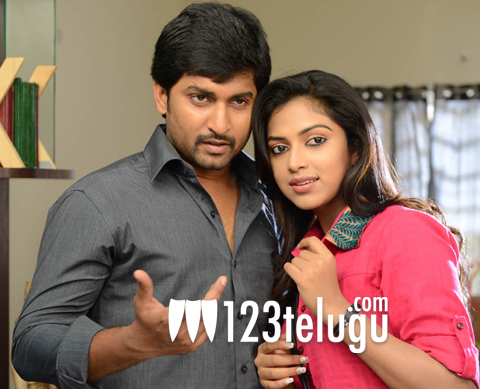 Nani, Amala Paul starrer Jenda Pai Kapiraju is currently being shot in Hyderabad. Nani plays the role of a middle class guy who’s at war with himself to reform himself for the greater good. Samuthirakani is directing this bilingual film and K S Srinivasan is producing it. Talking about the film, Samuthirakani said, “The film’s story will remind you of hundreds of new articles which you would have read in the past six months. The film’s story is inspired from a real incident. A close friend of mine, who never lied in his entire life, decided to migrate to US. When I asked him why did he decide to do so, he said, ‘It’s extremely difficult to live in India when there’s so much corruption’. That incident came as a wake up call for me and that was the trigger point for me to write the story. Nani and Amala Paul suit their characters extremely well.”

Nani will be seen in dual roles, which is a first in his career. Amala Paul is going to portray a deglamorous look and states that every girl will relate to the role she’s playing in the film. GV Prakash is scoring the music and Sukumar is the cinematographer.