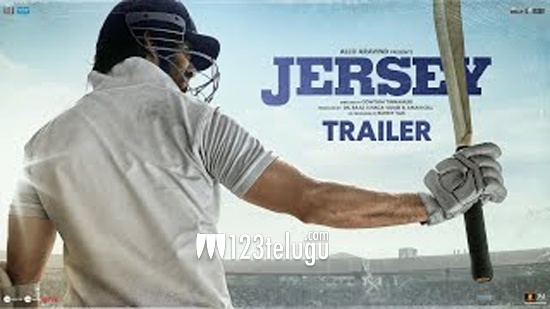 Shahid Kapoor is back with yet another remake and this time it is the remake of the hit Telugu film Jersey.

The trailer is out and it looks pretty decent. The setup, backdrop, and atmosphere look the same as the Telugu film.

But the best part of the trailer is the performance of Shahid Kapoor. He looks superb and the emotions he showcased in both the shades of his character are very good.

Even Mrunal Thakur’s casting is top-notch. Director Gautam Tinnanuri has kept the feel of the original intact which is good.

Shahid’s real-life father, Pankaj Kapoor plays his coach in the film which will be out on the 31st of December.