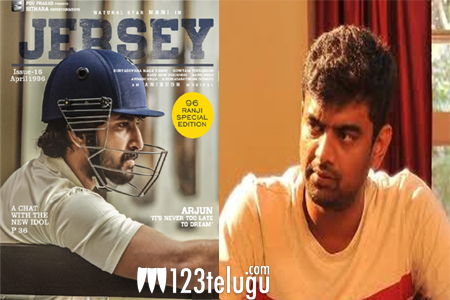 Nani and Shraddha Srinath-starrer sports drama, Jersey, is gearing up for a grand worldwide release on April 19. The film’s post-production formalities are underway in full swing. In the movie, Nani plays the role of an aging cricketer.

In a latest media interaction, director Gowtam Tinnanuri said that Jersey will always be a film which will be close to his heart. He went on to say that the entire team had fun while shooting the film and that even audiences will have a laugh riot in the theaters.