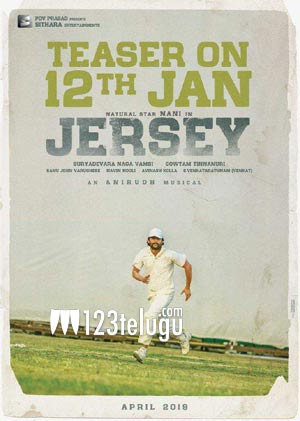 Yesterday, we had reported that the teaser of Nani’s Jersey will be out on the 12th of this month. The latest is that teaser will be close to one and half minutes and will be quite emotional.

The story of the film is about an aging cricketer who makes a winning comeback in his team and proves many wrong. Gautam Tinnanuri is directing this film and the update is that the film is content driven drama which will have a solid performance from Nani.

Shraddha Srinath plays the female lead in this film which has been produced by Sithara Entertainments.