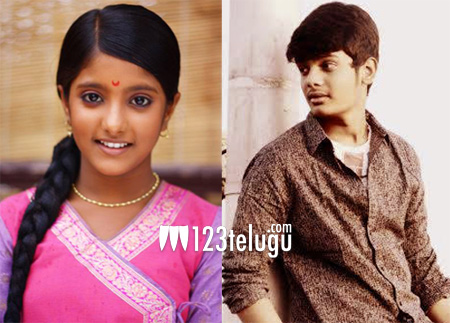 Puri Jagannath’s son Akash Puri is gearing up for his maiden film and he will be paired up with Ulka Gupta, the girl who mesmerized the television audience with her performance in the popular TV soap Jhansi Ki Rani. The 17-yr-old Ulka has been cast opposite Akash in the Telugu remake of Marathi film “Time Pass” which was a huge success.

Akash has already impressed many with his performances as a child actor in films like Bujjigadu, Gabbar Singh etc. Raj Madiraju will direct this teenage romantic entertainer. Renowned producer Ramesh Prasad, is going to produce the film under Prasad Productions banner.