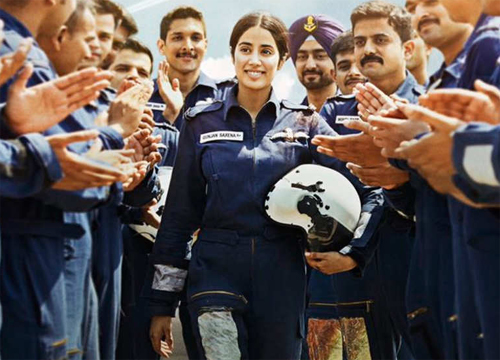 It is a known fact that Jhanvi Kapoor is doing a biopic on Indian Air Force’s combat pilot Gunjan Saxena. Now, the latest we hear is that the makers have planned to release the film on an OTT platform and plans are being made for the same.

The talk is that Jhanvi and her dad Boney Kapoor are quite upset as she had taken training with the Indian Air Force to play her part and worked so hard.

Gunjan Saxena is India’s first female combat pilot who was posted in Kargil during the 1999 war between India and Pakistan. We need to see when will this film come out in the first place.