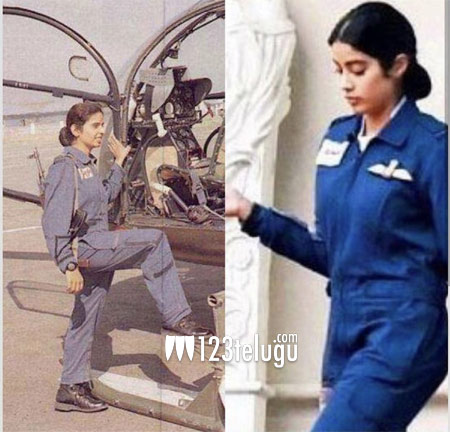 Jhanvi Kapoor made heads turn with her debut film Dhadak. She has also signed Karan Johar’s Takht and there is also news that she will be doing a biopic on Indian Air Force’s combat pilot Gunjan Saxena.

Nothing much was said about the film until the look of Jhanvi leaked online and has gone viral all over. Seen here in the above picture is Jhanvi dressed as a pilot.

Gunjan Saxena is India’s first female combat pilot who was posted in Kargil during the 1999 war between India and Pakistan.

Jhanvi is currently training for her role in the film which will go on floors soon.