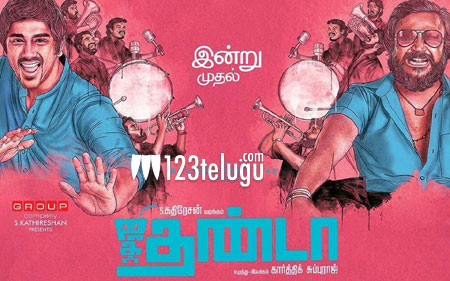 Karthik Subbaraj’s Jigarthanda continues to be in news even after five years since the release of its original version in Tamil. The film, starring Siddharth and Bobby Simha, made waves in Tamil cinema and fetched Bobby Simha a national award for his performance. The film is currently being remade in Telugu as Valmiki with Varun Tej reprising Bobby Simha’s role and Atharvaa playing Siddharth’s role.

The latest news is that the film is going to be remade soon in Hindi as well. Sajid Nadiadwala, one of the leading producers in Bollywood, bought the rights a while ago, and finally, he has roped in Abhishek Chaubey to direct the film. The rest of the cast and crew is yet to be finalised.

Abhishek Chaubey is best known for directing Ishqiya and Udta Punjab, and his recent film, Sonchiriya went to be a critical success, although it didn’t do well at the box office. More details about the Hindi remake of Jigarthanda are awaited.