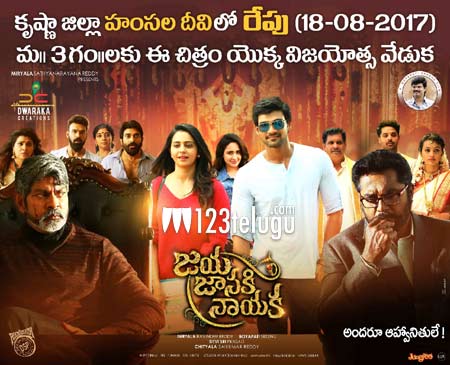 The special action episode shot in Hamsala Deevi in the recently released Jaya Janaki Nayaka became very famous all over. Now, the latest news is that Boyapati and team have decided to hold a success meet in this very special area which has become a tourist attraction of late in Andhra.

The film’s producer has confirmed that this success meet will be held on the 18th of this month on a very grand scale. The entire unit will be attending this event which has been specially designed by Boyapati himself.

This episode featuring the body builders won super praise from all over and the makers are cashing in on it by holding the event there.