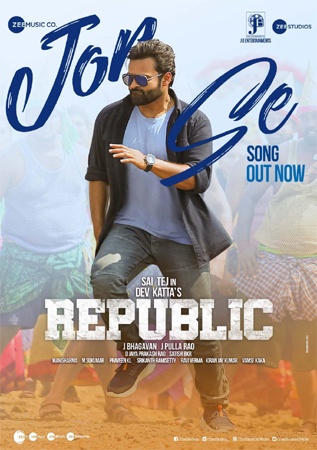 The promotions of Sai Dharam Tej’s Republic have begun and the makers revealed a song called Jor Se today. Composed by Mani Sharma, this song is a peppy number with energetic beats.

The violin beats and cheerful lyrics catch your eye right away. The dances by Sai Dharam Tej also look good and the visuals are colorful making the song lively.