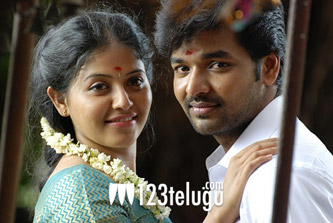 Sharwanand’s ‘Journey’, which is the Telugu dubbed version of the hit Tamil film Engeyum Eppothum has been postponed to December 16th. The movie was originally scheduled to release this week. Suresh Kondeti has bought the rights for the Telugu Version.

Journey has been produced originally by blockbuster director Murugadoss and the movie has done very well in Tamil Nadu. Sathya has scored the music for this movie and Saravanan directed this film.

Sharwanand, Anjali, Jai and Ananya have played the lead roles. The movie is an interesting and realistic portrayal of a love story.