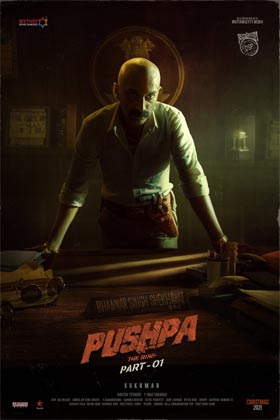 Fahadh Faasil is a top actor in the country as of now and has developed a huge fan following in the last year or so thanks to multiple releases on OTT.

The first look of Fahadh’s look in Pushpa is out and the star hero has shocked many with his bald look. He plays a fierce cop in the film who wants to nab Pushpa.

The news now that is coming in reveals that Faahdh will only have one eye. How a cop has one eye and what is the whole story behind his role is going to be super special as per the news.