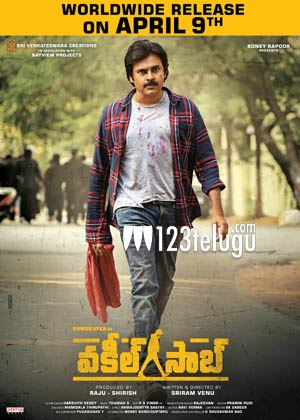 With just a few hours to go for the release of Vakeel Saab, things are getting heated up for sure. Pawan Kalyan is making his comeback after three years and fans are dying to see him on screen.

The news we have come to know is that Pawan will make his entry after 16 minutes into the film. The talk is also that fans will go crazy with his entry which is set up in a special manner with a solid fight scene.

Pawan will not be there for the entire film and will come and go as per the requirement of the scenes as he plays the lawyer.

But from the last 20 minutes, he will be fully present in the court proceedings and end the film on an emotional note.