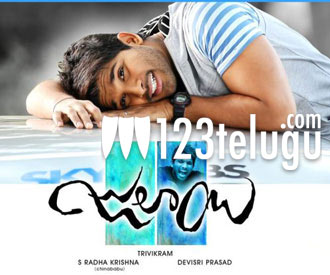 Fans of Allu Arjun, Ileana and Trivikram Srinivas will have to wait little longer to watch the trio’s upcoming film Julayi on big screen. The film was supposed to release on July 13; however, in a sudden turn of events, the film has been officially postponed to a later date. N Radhakrishna, who’s producing the film, is expected to announce the release date tomorrow. Till recently, the makers were confident that the film will hit the screens as per the schedule; however, the film has not been censored yet. Besides, Allu Arjun and DSP recently wrapped up shooting for a promotional song for the film which means that the producer needs at least a week more to promote the film on a full scale. Rumours are abuzz that the massive buzz surrounding S S Rajamouli’s Eega might have made an impact on Julayi’s opening collections which in turn led to this decision by the producer. Devi Sri Prasad has composed the music for this romantic and action entertainer. This is the first time Allu Arjun and Trivikram Srinivas has teamed up for a film.