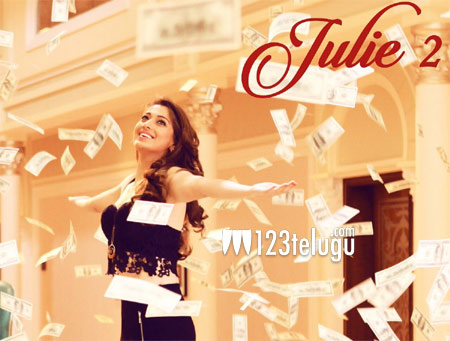 Popular actress Raai Lakshmi’s debut Bollywood film, Julie 2, is all set for a grand release on November 24, after making headlines for the past few weeks. Now, just a day ahead of the film’s release, Julie 2’s makers are in for a huge shocker.

A couple of intimate scenes featuring Raai Lakshmi’s passionate romance with her co-star and her scorching hot avatar have been leaked online last night. Naturally, Raai Lakshmi is distraught and furious over the leakage and requested everyone to not encourage piracy.
Julie 2 is also going to be released in Telugu and Tamil along with the Hindi version. Deepak Shivdasani is the film’s director, while former censor chief Pahlaj Nihlani, Vijay Nair and Deepak Shivdasani have produced the movie jointly.