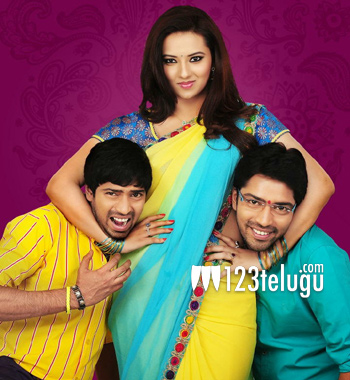 Comedy King Allari Naresh’s ‘Jump Jilani’ is getting ready for a release next month. The movie will have Allari Naresh in a dual role and it is expected to be a hilarious comedy entertainer like ‘Hello Brother’. The audio album will be out in this month.

Right now, the film’s post production work is going on. Isha Chawla and Swathi Dixit will be seen as the heroines in this movie. Ambika Krishna is producing the film in association with Reliance Entertainment.

E.Satti Babu is handling the direction for this official remake of the Tamil film ‘Kalakalappu’ and Vijay Ebenzer is scoring the music.