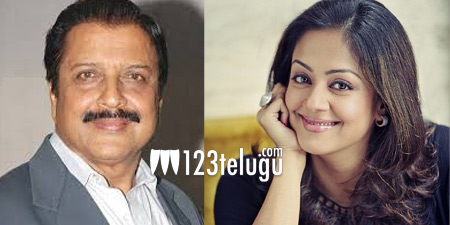 Suriya’s father and acclaimed actor Sivakumar was so excited after watching Bala’s recent thriller Naachiyar that he ended praising the whole team for their outstanding work. The film, starring Jyothika and GV Prakash, had opened to good reviews recently in Tamil and it’s also doing well at the box-office.

Sivakumar was particularly thrilled with Jyothika’s performance and went to the extent of calling her a lioness. “We should all provide a red carpet welcome to a newcomer called Jyothika. Also Suriya, don’t lock a lioness inside the house,” Sivakumar said. The actress had played the role of a cop who’s tough and serious about her job.

Critics have praised both Bala and Jyothika for shattering the myths about how an actress can be portrayed on screen, and going by the word of mouth, so far, it is clear that it’s one of Jyothika’s finest performances ever.