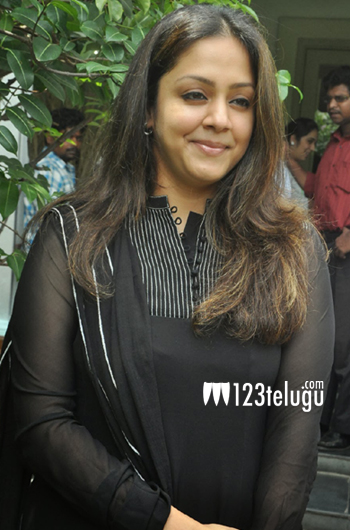 Actress Jyothika ruled the roost in the Tamil film industry for a very long time before settling down after getting married to hero Surya. She also made her mark in Tollywood with movies opposite Megastar Chiranjeevi in Tagore and King Nagarjuna in Mass. The news of her comeback into films was already doing rounds and the latest update is that the shooting of her comeback film titled “How old are you?” has kicked off today in Chennai. It will be interesting to see if she will be able to weave her magic on the audience like she did in her glory days.

The movie has Roshan Andrews, who made some successful movies in Malayalam and Tamil, as the director of the film. Actor Surya is entering into film production for the first time in his career with this movie. This movie is the remake of a Malayalam film also titled “How old are you?”.